What are the sound financial principals to make this a reality?

Well according to a recent Bloomberg Intelligence piece on Bitcoin where they ( yip mainstream news ) project Bitcoin to $100,000 in 5 years. The Bloomberg piece had a number of key points. Here are a few key ones I found persuasive.

Looking at the technical there are a few key points ahead. However, the break of the monthly trend line would be a great sign for Bitcoin bulls. 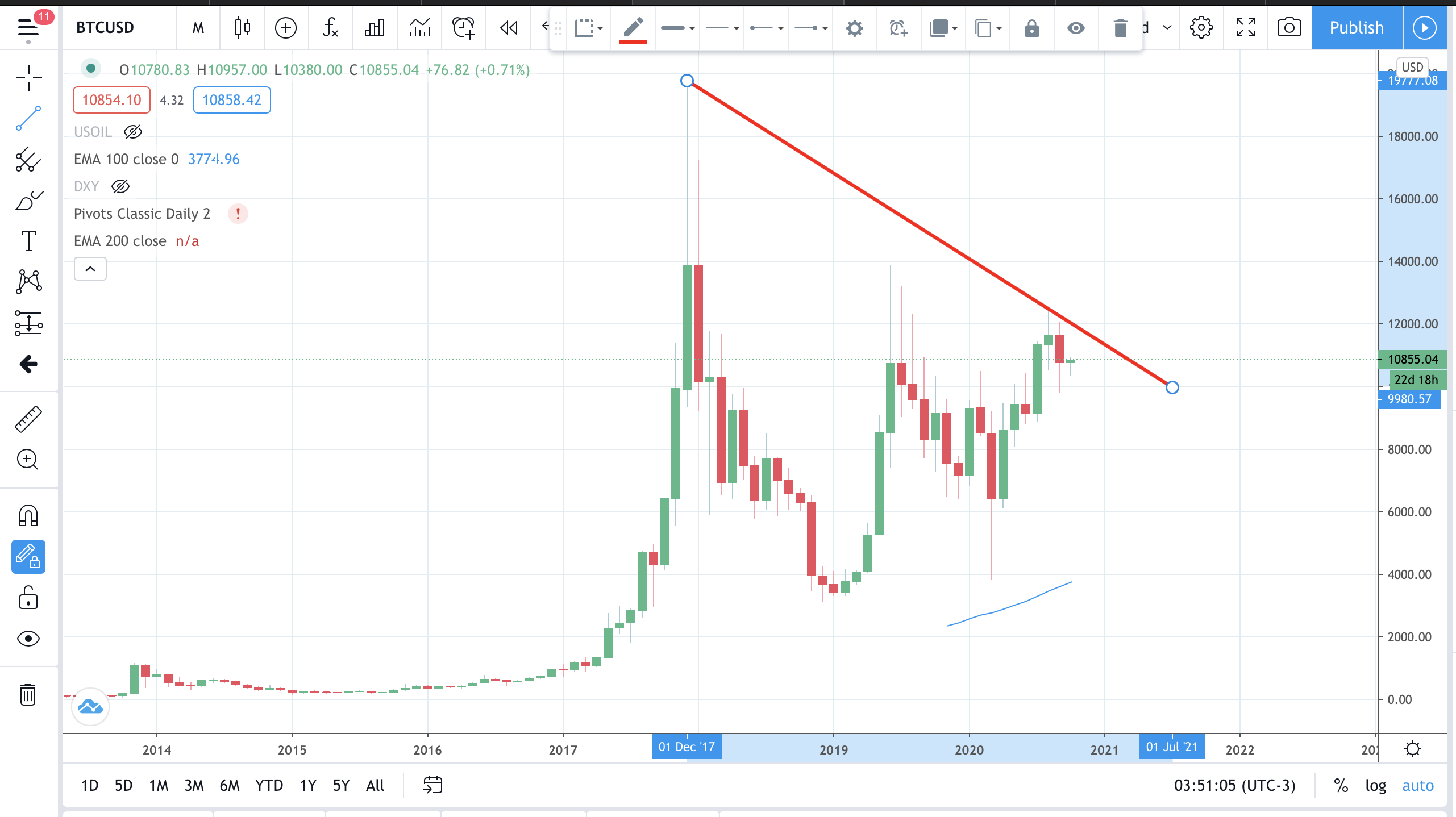 Billion-dollar public company Microstrategy Inc. has bought 16,796 more bitcoins. The company has purchased a total of 38,250 bitcoins at an aggregate purchase price of $425 million.

Square (SQ), the payments and investment platform company founded by Twitter (TWTR) founder Jack Dorsey, has announced that it has converted 1% of its assets into Bitcoin

We will see more news like this and those brave, early investing companies will be huge in the future because of this. Investing 2-5% of your overall wealth into the bitcoin can have life-changing consequences.

Supply is shrinking and when people realise there is not much left i think 100 000$ is conservative target. Gold is here to stay but millennials are buying Bitcoin, not gold, generational wealth swap is incoming.

The most important advantage is there’s full transparency and the verifiability of Bitcoin. So, you know exactly how much exists exactly how much it’s being produced every day and kind the supply side of the supply and demand equation is known with 100% certainty. So nobody can go in and manipulate it. Once you get into stuff like quantitative easing – So if you take quantitative easing that is literally the fed printing money and flooding the market with more dollars. It creates a higher degree or a higher number of circulating supply of dollars. So that’s quantitative easing.

See bitcoin is designed to do the opposite where the supply of bitcoins are reduced when a bitcoin halving occurs – reducing the supply of available bitcoins in circulation. Please see the vide below to explain this in much more detail.